Microsoft has announced the new hardware that will work on the ARM version, mainly for developers. During the Build Developer Conference, Microsoft declared this new Dev kit, “Microsoft Project Volterra.”

The main reason to bring up this dev box with powerful processors and RAM is to create AI applications and give new opportunities for developers. But now this box is known as “Windows Dev kit 2023” and is available in 8 countries.

If you, too, are a developer working with AI, it works like a pro. So, let’s check more about the kit, its price, working, and much more:

What is windows arm dev kit?

The Windows Dev Kit is a developer device with a Neural processing unit. It is the latest device equipped with the ARM version of windows and is capable of developing, debugging, testing, and designing any type of Windows app.

Below are the specifications of the device which would let you decide how it will help you in developing AI apps:

Many reasons show why developers should buy windows dev kit 2023. Below are some of the reasons:

In which countries is Windows Dev kit 2023 available?

Currently, the Windows Dev kit is available in 8 different countries, including Australia, the US, Japan, the UK, China, Germany, France, and Canada.

If you live in any of the 8 countries and work as a developer, windows dev kit 2023 is best for you. The integrated features and the option to install an add-on work like a boon for developers. So, check out your requirements and specifications if you plan to buy the kit. 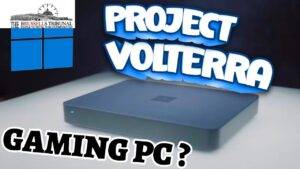 Microsoft has announced the new hardware that will work on the ARM version that is new Dev kit, "Microsoft Project Volterra.", mainly for developers.